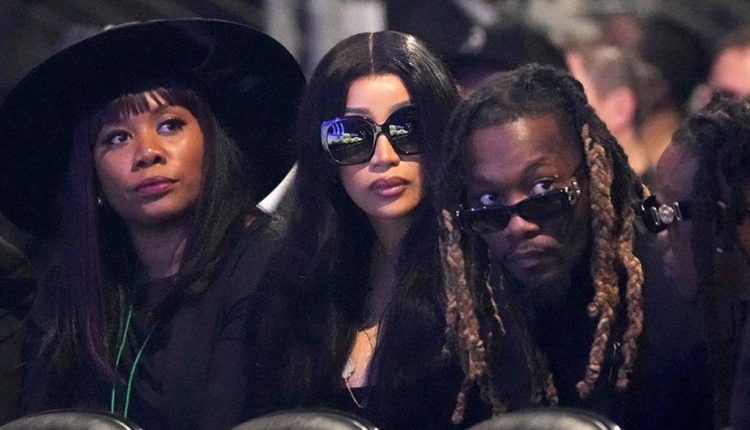 Around 20,000 family, friends, and fans gathered to honor the life and legacy of the late Migos rapper during his “Celebration of Life” at Atlanta’s State Farm Arena on Friday. The service started shortly after noon and lasted several hours featuring emotional tributes from Quavo, Offset, and Drake, plus performances from Justin Bieber, Chlöe Bailey, and Yolanda Adams.

Drake, who delayed his Apollo concert out of respect for Takeoff, reflected on touring with Migos on 2018’s “Aubrey & the Three Migos Tour.” He compared their brotherhood to the famed Rat Pack and said he “loved” when Takeoff would remove his sunglasses and squint his eyes, even though his eyes were wide open.

Offset got choked up as he delivered his emotional speech, where he reportedly apologized to Takeoff and said he wanted to focus on brotherhood and family. The group had a falling out prior to Takeoff’s death.

Quavo reminisced on their inseparable bond since childhood. “You were always with me and we did everything together. Since we was kids, you’ve been by my side, looking up at me with them eyes,” he said of his nephew. “You never competed with me. We were always on the same team ’cause you hated playing against me ’cause I always played too hard or too rough.”

He also credited Takeoff for Migos’ flow that would “change the culture of music forever.” “You did that, Take. You changed that flow. That flow came from Take, the originator,” he said while fighting back tears.