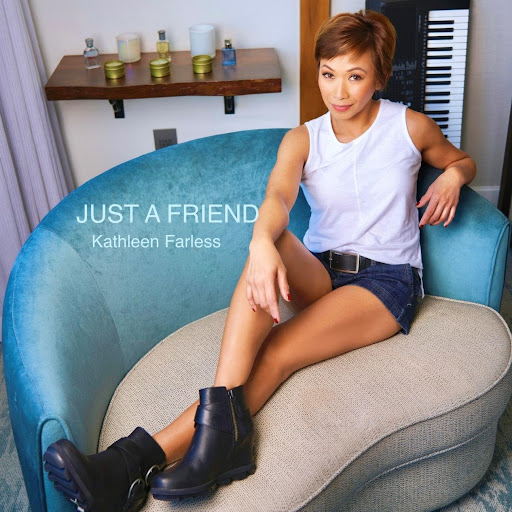 LA-based Kathleen Farless is back with her powerful new single ‘Just A Friend’. The singer, songwriter and musician is verifiable proof that big things really do come in small packages. Her soothing Pop sound which she has sculpted over the course of her journey is as beautifully relevant as it is moving.

In ‘Just A Friend’ we hear Kathleen’s ability to inspire the audience throughout the duration of the track. It opens up with a crescendo of elegant instrumentation which is driven by the pulse of the piano. The music allows Kathleen’s stunning vocal delivery to take centre stage where she moves listeners through the emotion portrayed in her lyrics.

“Another heartbreaking song. Loving someone who will never love you back because you are JUST A FRIEND. The only solution, the remedy in order to heal is to walk away from the situation.”

‘Just A Friend’ is the next step in Kathleen’s already impressive career. Having been featured by Voyage LA Magazine as one of the most inspiring stories in Los Angeles and championed by the likes of Buzz-Music, it’s exciting to see where the future lies for Kathleen.  She was one of the special guest performers at the Miss Philippines USA and In 2016, she was featured in the Ad Campaign for Careisma Scrubs by Sofia Vergara as a nurse singer-songwriter. The same year, she was a guest on T.V. KSCI LA-18 for Kababayan Today with G. Tongi. In April of 2019, she was featured and interviewed by well known Journalist: Jannelle So-Perkins for  SoJannelle TV highlighting and promoting her previous  single “WHO I AM”.

Close your eyes and listen and you’ll understand why her music is perfectly set, whether the backdrop is an intimate coffee house, a Mariah Carey-esque Christmas album, or the soundtrack of the next big screen romance.

The Highway Women – Natural Woman (You Make Me Feel)