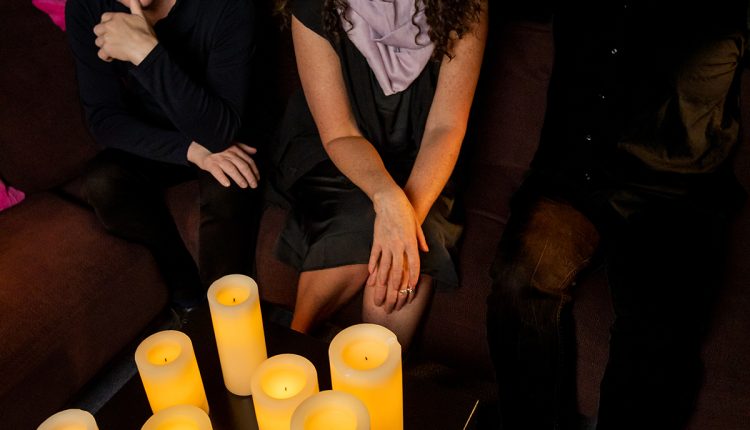 Poised USA-based band KARMACODA has shared their tranquil song ‘Time’, taken from their recently released album, Lessons In Time, via Sola Musa Music. The song has previously received an official remix by the mellow Lo-fi producer Birds Of The West. Based in San Francisco, USA, KARMACODA is comprised of Jessica Ford (vocals), Brett Crockett (aka B. on vocals and producer) and Japanese-American multi-instrumentalist Eric Matsuno (bass and other unique elements). The trio’s sound has been compared to a unique mix of Paloma Faith, Adele, and Pixie Lott.

The three-piece band has won several awards including the Hermes Creative Awards (Platinum) for the ‘Lo-Fi Girl’ video and ‘Make Me The One’ video which also earned one Unglued Music Video (Gold) and three Davey Awards for Video Entertainment, Best Use of Music and Art Direction (all Silver).

Minute by minute, KARMACODA distils the ephemeral essence of time in fragile glass notes. Inspired by life, each record on the Lessons In Time LP illustrates a new chapter in the band’s journey, telling tales of love found, love lost, or memories gained. Nurturing each delicate moment, the band pieced together an LP that aches with nostalgia, delighting listeners with heart-warming chords and sensual vocals.

Jessica tells us how the LP came to life: “The songs on Lessons In Time were written from reflecting on my life, looking back in time, reliving my best memories. No regrets. These songs are lessons in time. I decided it was time to tell it, not all of it, but some of the more memorable moments while resting in where I am today. I did lots of living, lots. Relationships had; roads travelled. I didn’t want some of my favourite memories to be lost in time. So I decided to relive them by writing about them.”