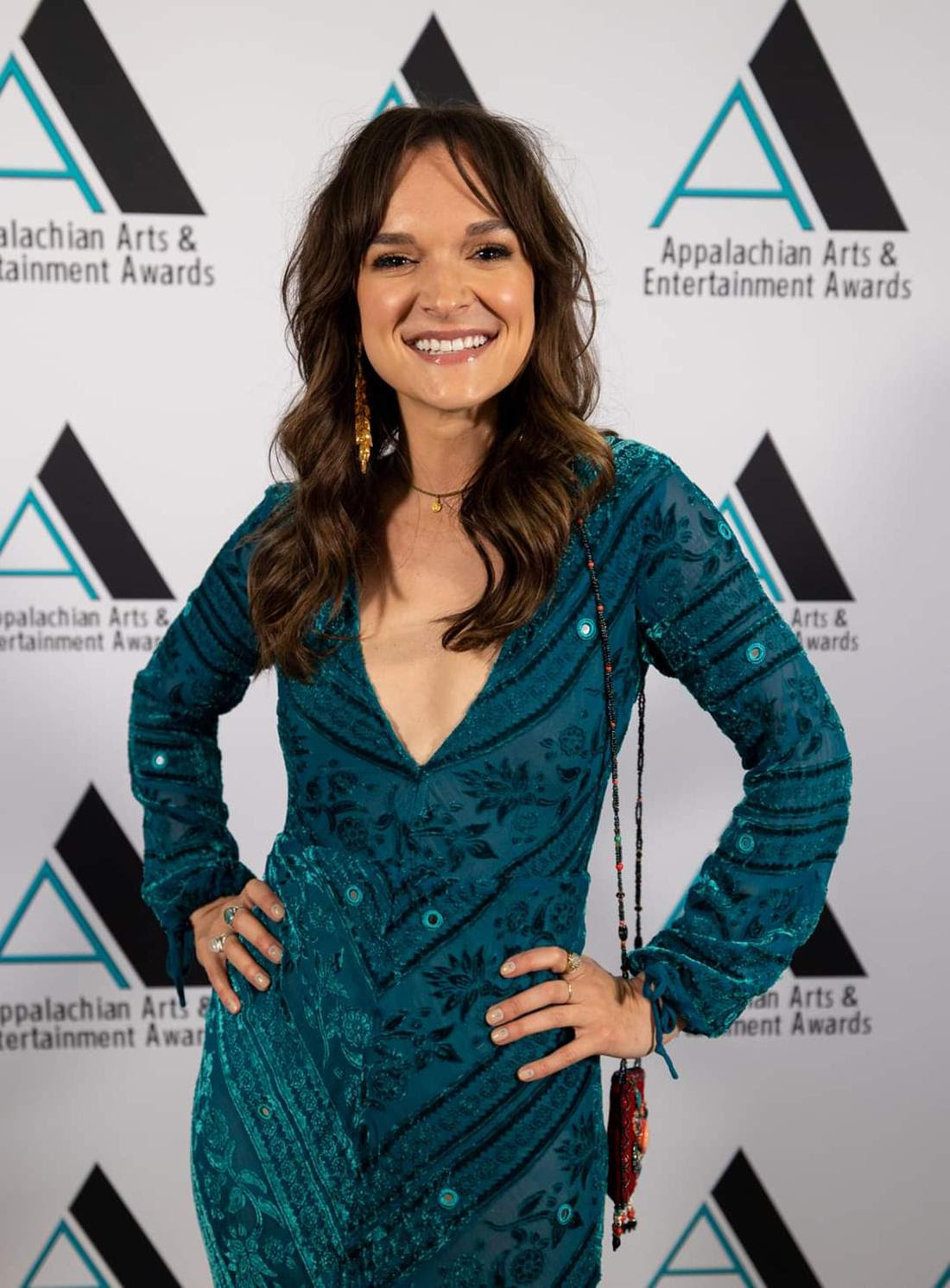 Nashville recording artist, Hannah Bethel, won the award for Best Female Vocalist at the Appalachian Arts and Entertainment Awards(The Appys) in ceremonies that took place at the Mountain Arts Center in Prestonsburg, Kentucky on Saturday, April 9.
Bethel rose from a field of nominees hailing from across the thirteen state Appalachian region to claim the top award in an all-genres category. Finalists were judged by an esteemed panel of national and international academic and entertainment industry professionals.
“Thank you so much to the Appys for welcoming me into this community! This was such a special evening and I am so honored to be recognized alongside such passionate and inspired creative folks,” states Bethel. “My dear friend and collaborator, Susan Ruth, was a performer and presenter that evening. We met each other almost ten years ago, and it was very cool to enjoy the evening while remembering the wild and beautiful journey we took to get here.”
The win capped off a series of highlights surrounding the recent release of her critically-acclaimed EP, ‘Until the Sun Comes Back Around,’ which was lauded by top Americana and country music media outlets in the US and Europe, with stellar reviews from Holler Country, Maverick, and in the April print edition of Country Music People, which gave the EP a 4 ½ Star ranking, and stated, “An impressive six tracks that confidentially rise above the sometimes folk/rock feel to be genuine challengers in the country sphere. Hannah Bethel looks very much like a girl going somewhere and she proves she has the voice to do it as well.” Tracks from the project were featured by Billboard, The Boot, Wide Open Country, Guitar Girl Magazine, The Amp and others, and landed on editorial playlists at Apple Music, Spotify, Amazon,TIDAL and premiered by host Kelly McCartney on her Apple Music podcast, Record Bin Radio. Bethel also performed a very successful EP release celebration concert with her band at 3rd and Lindsley in Nashville on April 6 and taped an interview for an upcoming television broadcast for the FOX 17 show, “Rock and Review” with host, Eric Dahl.
The Appys awards show was emceed by Tayla Lynn and Tre Twitty, the grandchildren of Loretta Lynn and Conway Twitty, and included performances from Holly Forbes (The Voice), and singer, successful songwriter, and acclaimed podcaster, Susan Ruth. Among the presenters were legendary music producer Buddy Cannon (Willie Nelson/Kenny Chesney, IBMA Guitarist of the Year Josh Williams, Nashville recording artist, Jonell Mosser, Ruth, producer Toni Quest, and Emmy award-winner, Eddie Perez.
ABOUT THE APPYS:The Appalachian Arts & Entertainment Awards elevates the exceptional work of artists, musicians, and industry people throughout the Appalachian region which includes Alabama, Georgia, Kentucky, Maryland, Mississippi, New York, North Carolina, Ohio, Pennsylvania, South Carolina, Tennessee, Virginia, and West Virginia. To learn more about The Appys, go to their website at: https://appalachianartsandentertainmentawards.com/