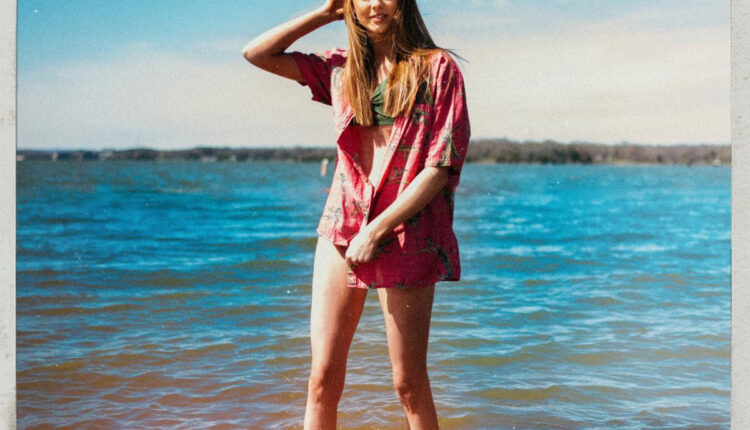 Callie Prince has released her breezy summertime single “On A Beach.” The song was premiered this week by The Country Note and is available at all major digital retailers.
“On A Beach” has a cool laid-back vibe where Prince’s sultry vocals paint a picture of a dreamy ocean getaway, where workaday cares melt away with every sip.
“I’ve been wakin’ up for ages at 8:00 to make some paper on the clock,Need a palm tree destination a soul-savin’ vacation from my boss,So hold my calls on an answering machine, if you need me don’t,‘Cause I’m on a beach, gettin’ wasted,In the sun getting’ baked and,Feelin’ the salt in the wind on my sun-kissed skin,White Claw wavin’ the white caps in,Left it all behind on a one-way flight and I think I’ll be alright,‘Cause I’m on a beach,I’m on a beach”
Co-written by Prince, Sam Johnson, and Jake Gantt, and produced by Daniel Dennis, “On A Beach,” is the latest from Mississippi born and raised Prince, who now resides in Nashville where she is quickly rising among the ranks of Music City’s best and brightest young country singer-songwriters. She independently released her first song in 2020 and has since followed that with four more singles impressively engaging her online fanbase with combined streaming numbers on Spotify and Apple Music that are currently in excess of 750,000.
“’On A Beach’ was written on a gloomy day when the only place my co-writers and I wanted to be was in the sun, sitting in the sand, and enjoying a good drink,” says Prince. “It makes me happy every time I listen to it, no matter where I am, and I hope it makes everyone else happy too!”
Prince began singing at a very young age, and songwriting and playing guitar followed when she turned sixteen. Being from a small town and a true country girl at heart, she is personable with her fans through songs from her own real-life experiences that cut to the core of the subject matter to connect with her listeners. Combining her love of country music and her humble relatable writing style she engages people to really feel the stories she has to tell.