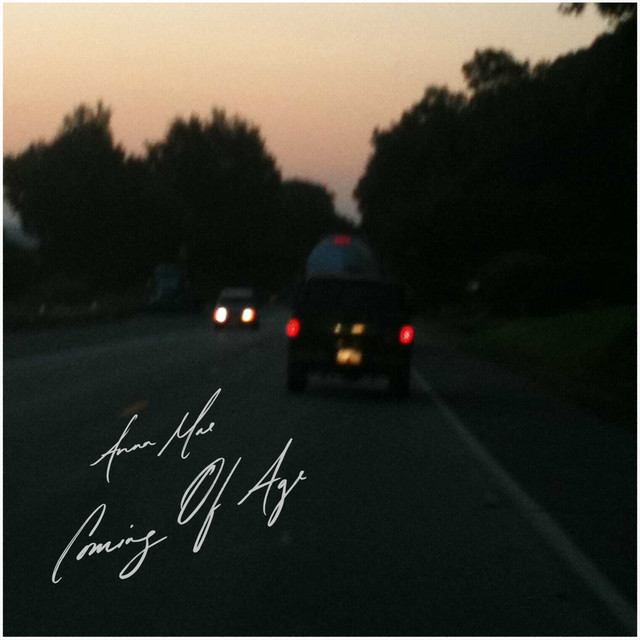 Anna Mae Releases New Single – Coming Of Age: In “Coming Of Age”, Anna Mae brings her raw introspection to the most intimate of emotional experiences, growing up. Her lyrics take you back to your childhood and her vocals slip into a bright and nimble flow as she warns about her fears and anxiety about the future. There’s a sense of yearning nostalgia throughout the brand new single. “It’s a song about the monumental moments of growing up.

My teenage years were so memorable and life-changing for me, and I feel like they always will be. “Coming Of Age” recalls some of those specific moments in my life, in all their bittersweet glory,” Anna Mae says. The song was written by Anna Mae, Emily Haber (Andy Grammar, Ashe, etc.), and Cason Cooley (American Authors, Ingrid Michaelson, NEEDTOBREATHE, etc.), who also produced the track.

“Coming Of Age” has already earned a handful of praise from the likes of Spotify. It was added to the coveted official “Notable Releases” Spotify playlist, which highlight’s the month’s new releases from songwriters and producers. It arrives on the heels of the empowering female anthem, “Bond Girl” and the dreamy ballad “Roaring 20s.” This single marks another taste of her upcoming two-part album, due for release in the next few months.

Whether it’s your first time hearing her name or not, it’s likely you’ve already heard her voice on TV. The vocal charm and songwriting talents of Anna Mae have proven to give her substantial and sudden success in the licensing world, landing over 150 different placements on major networks and trailers, including a Toyota Super Bowl commercial, the movie trailer for On The Basis Of Sex, trailers for The

Bachelorette (ABC), as well as, music in Orange Is The New Black (Netflix), Grey’s Anatomy (ABC), and The Bold Type (Freeform). She was the first writer signed out of Prescription Songs Nashville location and her release of “Single-Minded” debuted on Spotify’s New Music Friday (US, Sweden, Iceland, Denmark, Netherlands) and reached #20 on Spotify’s United States Viral 50 chart.

Stripping down to lyrical masterpieces, while transporting you to another world is Anna Mae’s special gift. Anna Mae’s new project is about the romance of life. “Relationships are obviously romantic but sometimes the most romantic moments take place when you’re having a glass of wine alone at the hotel bar. It’s when you can embrace the silence, get lost in your fantasies, and reflect on life’s beauty. That idea of looking at life like a dream is what inspired this project — it’s the sparkle found in the messy journey to grow up, face independence, fall in love, experience heartbreak, and chase what you desire.”

you want to dance, cry, or both… mostly, both.Now, poised to continue making an impact in the alternative pop scene, her tireless energy, positivity, and drive are Anna Mae’s secret power. Watch out for more Anna Mae this year.