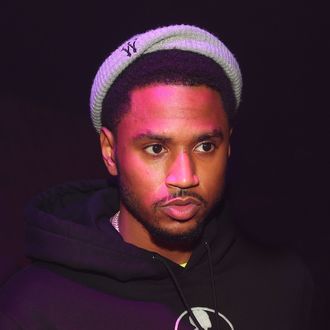 Trey Songz was arrested following an altercation with a police officer over the weekend.Video obtained by TMZ shows the R&B singer and the cop in a brawl caught-on-camera during the Kansas City Chiefs’ NFC Championship Game at Arrowhead Stadium on Sunday (Jan. 24). The officer leans over to detain Trey, who lands a punch at the cop’s head before placing him in a headlock. The officer then pins Trey to a seat and a struggle ensues.

According to a witness, the incident started when Trey was being heckled by fans seated a few rows behind him. He asked them to stop before the officer approached Trey and “went after him.” Trey was apparently caught off guard and started to defend himself.

Femi Kuti – As We Struggle Everyday