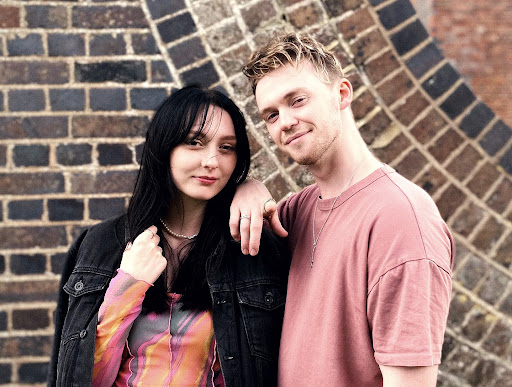 After breaking through with their explosive initial singles ‘Cyanide//KILL YA’ and ‘R U Out Tonight’ earlier this year, which received enormous praise across countless media outlets upon release, alternative duo PASES are back once again to unleash their bold and pulsing new offering ‘Murderess’.

Originally inspired by the Edgar Wright film ‘Last Night In Soho’, which blends nostalgic romanticism with dark horror, ‘Murderess’ makes for an intense and riveting listen throughout. Following in the footsteps of the likes of Band Of Horses and The Kills, this rip-roaring alt-rock smash has a wonderfully infectious groove that is simply too hard not to get swept away with.

Adding about ‘Murderess’, they said, “Murderess is simply about fun. While it is certainly sinister in its lyrical story, it’s meant to give you a good time and to celebrate music and film.”

PASES music draws inspiration from various artists such as Imagine Dragons, Billie Eilish, Grandson and MUSE (among many more) and aims to put creativity before anything else – this means never constricting themselves to just one sound or genre. This vast range of influence, musical background, and skillset results in music which combines huge amounts of punch, intricately sculpted songwriting, haunting and original melody writing, and massive cinematic production. With this in mind, you can be sure that PASES is going to give you an entirely new and exciting music listening experience.