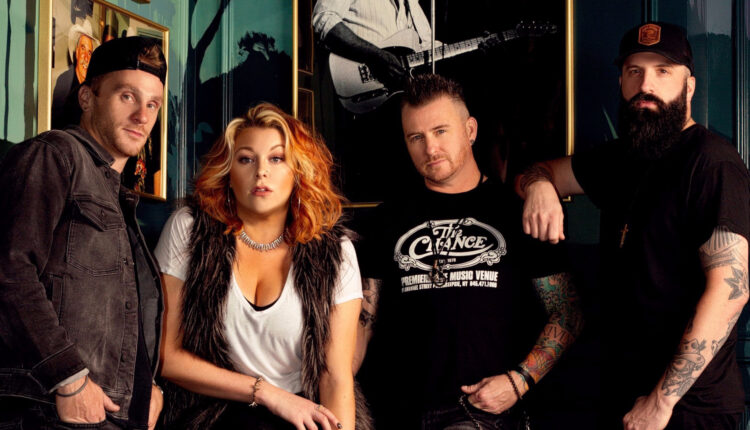 Hudson Valley ignites country music with a mixture of rock n roll and pop-punk in their upcoming release “Shut Me Up,” a cover from Old Dominion’s self-titled EP. The fiery female-fronted band expertly converts the song into an electrifying country-rock track, showcasing their undeniable talent and full-throttle sound.

“We have been playing ‘Shut Me Up’ as part of our live shows since we formed the band,” says Sarah Owens, lead singer of Hudson Valley. “We’re big Old Dominion fans, and so many people thought it was an original of ours that we decided to cut our version of it in the studio when we weren’t out playing because of the pandemic.”

A musical supernova, the Hudson Valley band is far from your run-of-the-mill country act. They are stars, bringing their individual influences from pop-punk, rock and country to create a dynamic, eccentric sound exclusively their own.

“Shut Me Up” impacts all platforms March 18. For more on Hudson Valley, including show dates, visit www.hudsonvalleyband.com.