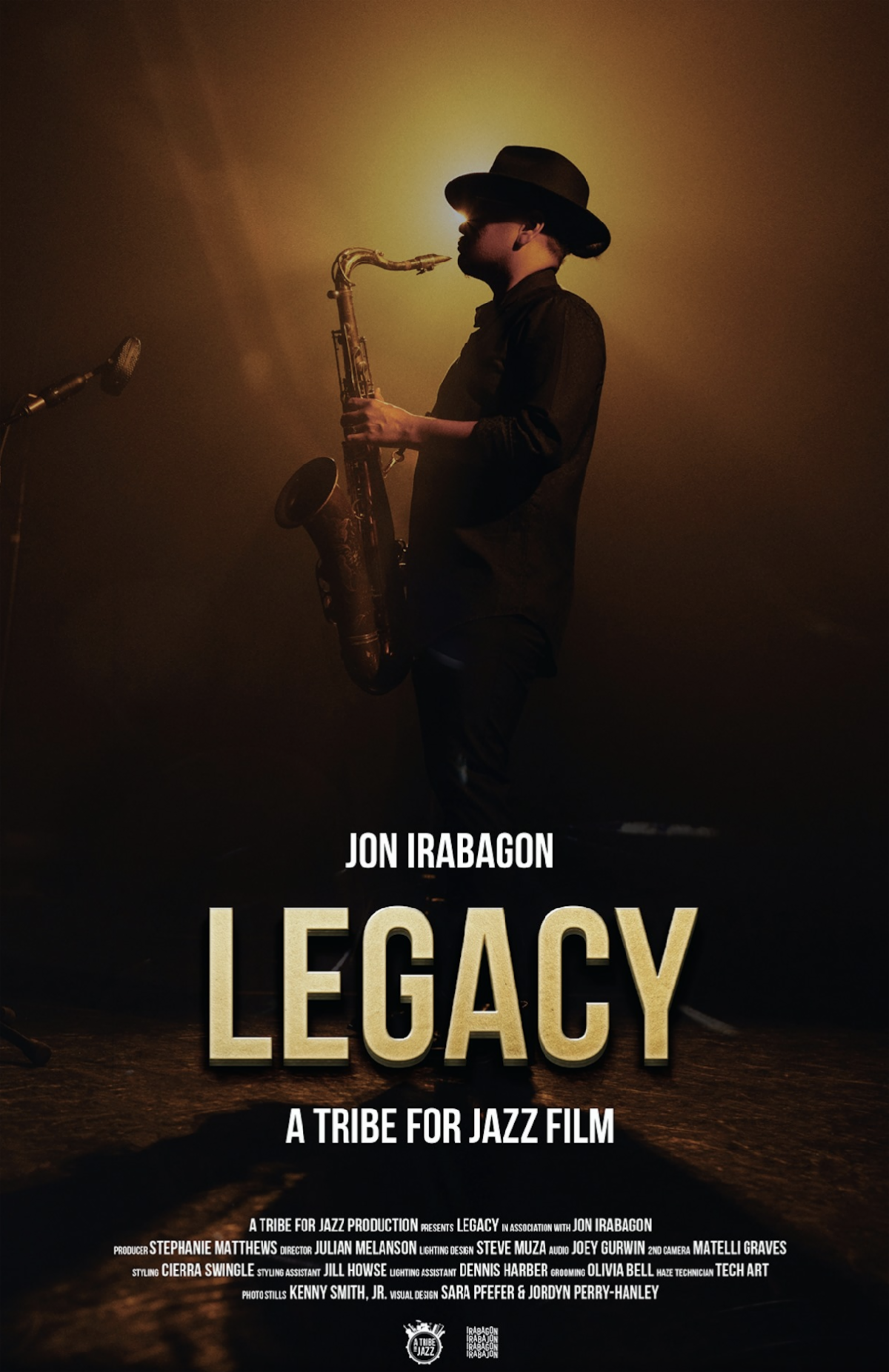 Film: Jon Irabagon The Acclaimed Saxophonist Set To ‘legacy’ – First-generation Filipino-American saxophonist Jon Irabagon, the restlessly inventive composer and bandleader, founder of Irabbagast Records, in-demand sideman with Dave Douglas, Mary Halvorson, Barry Altschul and many more, is showcased as never before in the innovative performance film Legacy: Jon Irabagon. Directed by Julian Melanson and produced by Stephanie Matthews, the film was made under the auspices of the Columbus, Ohio-based jazz advocacy nonprofit A Tribe for Jazz. It features Irabagon completely solo, in a beautifully lit, artistically shot black-box theater environment, playing original compositions drawn from just about every stage in his career. Throughout he reveals a formidable, deeply felt mastery of the tenor saxophone — arguably jazz’s most iconic instrument. Legacy: Jon Irabagon is both an extended reflection on the lineage of the horn itself, and a statement on Irabagon’s own considerable artistic legacy, still very much in formation.

In recent years, solo playing has emerged as a key element in Irabagon’s musical quest: “Being from Chicago, I’ve been a huge fan of solo saxophone playing because Roscoe Mitchell and Anthony Braxton are huge proponents. The idea was always daunting, but I knew even in college that I wanted to make a solo saxophone record.” With Inaction Is an Action, made for Irabbagast in 2015, Irabagon finally fulfilled that dream — but characteristically with a major twist: he played the seldom-heard sopranino saxophone exclusively. On Dark Horizon, the second half of his 2019 double album Invisible Horizon, he ventured out solo again, this time on the even rarer mezzo-soprano saxophone. But the tenor sax continued to beckon.

Irabagon first came to prominence on alto saxophone, an instrument he has played extensively with the self-proclaimed “terrorist bebop band” Mostly Other People Do the Killing. His 2009 Concord debut The Observer (featuring the great Kenny Barron, Rufus Reid and Victor Lewis) was an all-alto affair as well. But with his stint in the Dave Douglas Quintet (Be Still, Time Travel, Brazen Heart), Irabagon began to build a public profile on tenor and devote most of his practice time to it. “Chicago is a tenor town,” he says, again invoking and identifying with the notion of a jazz legacy.

Irabagon’s tenor focus led inexorably to Bird with Streams, his magisterial 2021 solo album. Recorded DIY with a portable rig, the album was the end-product of long solitary sessions in the grand outdoor panorama at Falling Rock, a huge breathtaking canyon in the South Dakota wilderness not far from Rapid City. “My family and I fled New York in March 2020 and went to South Dakota to be with my in-laws. A couple of weeks turned into nearly nine months. I ended up spending six days a week, six hours a day at the canyon. I was working on tone, extended techniques, playing standards, composing. I saw it move from winter to spring to summer and into fall, when it started getting cold. As the time drew to a close I thought I should document my time out there, where I learned so much. It just so happened that Charlie Parker’s centennial came and went while I was there, so I thought I should focus the album completely on his tunes, inspired by his attitude.”

Bird with Streams, birthed in the wilds of nature, ended up dovetailing beautifully with Legacy: Jon Irabagon, a 40-minute solo tenor odyssey that is as intimate as it is visually and sonically arresting. Irabagon’s performances are enhanced by a moody and majestic use of color to complement the emotionality of each piece (lighting design by Steve Muza). Subtle post-production tweaks of the audio (expertly recorded by Joey Gurwin for Oranjudio) lend the experience another aspect of unpredictability and creative freshness.

Irabagon opens with “Dark Horizon,” the theme statement of his solo mezzo-soprano opus, now recast on tenor. He continues with “Greebles,” which like the closing “Alliance” is brand new from the canyon (the latter is slated for release in 2022, on a quartet album with Matt Mitchell, Chris Lightcap and Dan Weiss). “Outright! Theme” stems from another of Irabagon’s projects, namely the band Outright!, which debuted eponymously on Innova in 2008 (performing this song with a larger, more chaotic lineup called the Original Outright! Jass Band). Both “Music Box Song (For When We’re Apart)” and “The Cost of Modern Living” are from Behind the Sky, a superb 2015 quartet/quintet outing with trumpet legend Tom Harrell on three tracks. “Distilled Hope,” the penultimate song, originally closed out a 2009 release called Here Be Dragons, featuring a collaborative quintet with Irabagon on tenor and Andrew Neff on alto.

“The film is about my history,” Irabagon muses. “Not a retrospective, but the pieces cover my entire recorded output. A Tribe for Jazz brought in great talent to get the vision across and I went with the flow because I could see they meant business. I put my trust in them 100 percent and they did an awesome job. There’s very little like this that exists for our music.” Formed by jazz and arts supporter Bruce Halliburton, A Tribe for Jazz came into being with a mission to preserve the legacy and advance the future of jazz through storytelling, live and virtual performance, education, and community engagement. A motivating passion of A Tribe for Jazz is to explore how relationships shape artists and their creative processes. The organization’s vision is to advance the future of jazz by producing events and activities that transform, educate and lead to purposeful actions and impactful conversations toward the preservation of the art form.

Francis Tural – Hold Back Your Tears

Mayorkun Is Back With A News Single Titled ‘Let Me Know’