Music: Anja Kotar -‘Fun For You’ 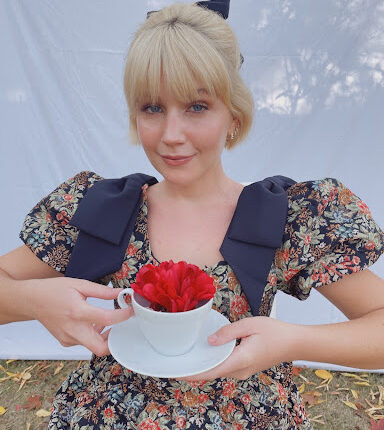 Since the pandemic began, Anja Kotar has taken the inspirational approach of making the most of the simple, everyday things that surround us and take for granted. Channeling this energy, she then started to create a signature dose of sunshine-y pop that is relatable to all and speaks volumes. This has led to a selection of songs that have marked the culmination of the past 12-18 months for Anja, with her debut EP ‘Songs From Isolation’ finally being released to the world in September.

With singles released from the EP so far including ‘Midnight in Paris’, ‘Alone Together’, and ‘Love Song’ being featured in the likes of Wonderland, Notion and The Line Of Best Fit, it’s clear that what may seem like Anja Kotar’s simplistic approach to songwriting, is actually an influential notion that will carry on for years to come. As well as further success and editorial support across both Spotify and Apple Music, Anja brings everything to the table with her swooning and swirling voice that takes centre stage, coupled with the brilliantly composed production implementing some real moments of subtle magic throughout.

She’s wasted no time since then and has quickly returned with another fresh dose of her sunshine pop, with the playfully brilliant ‘Fun For You’. A song which has been there in the background and almost forgotten about throughout the midst of the chaos that has been the pandemic, has now been given its day in what is a funky, groove laden track all about the simple annoyance of a friend being on their phone the whole time when you’re with them.

This is what Anja does, takes a simple idea and develops it into something much more, and this offering is nothing different. Catching those melodies which are synonymous to Anja’s songs and storytelling, ‘Fun For You’ is a minimalist pop song that teases the everyday situations we now find ourselves in when surrounded by technology, and the light hearted manner of her lyricism is what makes it so addictive to listen to.

Listen To Fun For You By Anja Kotar Below

Anja Kotar · Fun For You
Fun For You by anja kotar