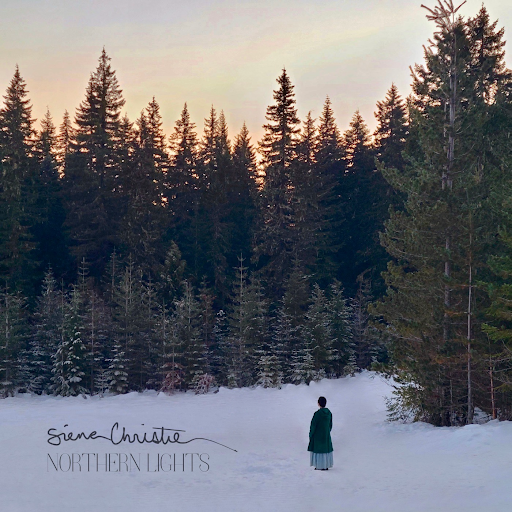 Folk singer-songwriter Siena Christie is about to share with us her deeply personal and delicate offering ‘Northern Lights’. Produced by Andy Shartle (Black Diamond Studios, PDX), ‘Northern Lights’ is a haunting ballad that intricately explores her relationship with her wife, who transitioned in the last year. Siena in her own words:

“Northern Lights is a song I wrote for my partner of 11 years. At the time I wrote it, she was experiencing severe depression and anxiety, from having hid her true identity (as a trans woman) all her life. I felt cold, alone, and helpless watching her suffer. So I wrote the song partly to soothe myself, and partly to show compassion for her, in hopes she too might feel less alone.”

She’s been compared to traditional Celtic singers, renowned country-folk artists like Alison Krauss and Jewel, and even Disney princesses like Elsa. But Siena Christie’s sound is also uniquely her own: crystal-clear vocals free of affectation, melodies recalling age-old ballads, and fingerpicked guitar and piano underpinning her empathically crafted lyrics.

Since she was a child, Siena has been refining her own kind of modern folk songs, inspired by the impermanence of all things and grounded firmly in her faith in humanity. Her songs have garnered local acclaim and national recognition in various competitions. Most recently, her song ‘Dear Northland’ was named Best Overall Song in the 2022 Portland’s Folk Festival songwriting contest.

Championing human rights and the wellbeing of every community, Siena is a passionate activist and does her utmost to contribute what she can, for example, her song ‘name on a list’, released in 2020 was dedicated to slain human rights activist Zara Alvarez and has raised over half a thousand dollars for human rights in the Philippines and has been featured at numerous online rallies.

“I am a strong believer in human rights, and the right of every community to self-determine their own wellbeing. I stand with activists against racism, poverty, queerphobia, and xenophobia all over the world. In the US, this translates to my beliefs in reparations for Black Americans, restructuring our corrupt racist criminal justice system, supporting Land Back efforts, telling LGBTQ kids that they are valid and worthy of love, and engaging in mutual aid to help our neighbors.” – Siena shares her strong beliefs.