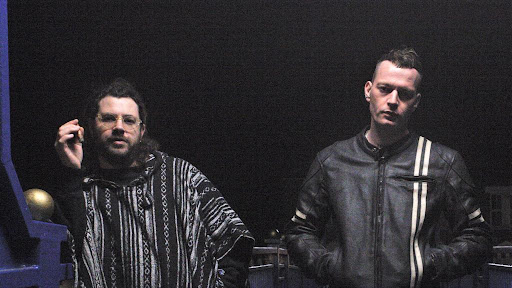 ‘Never Been So High’ consists of a combination of soft, catchy vocalisation overtop a rocky cocktail of synths, drum machines, and guitars. Offering up the trademark dream rock sound that the band has been heralded, the track itself is an ode to being high on love.

‘Never Been So High’ sits at the intersection of up-beat rock and laid-back indie-pop. On writing the track, the duo said; ‘The full lyric is “never been so high In love”, so it’s really about that. At the time we wrote it, we were experimenting with throwing lots of different sounds together to create a sort of patchwork quilt of a song. We were jumping from synths to drum machines to guitars quite quickly. Once we had the music down, we let it guide the vocal creation and once we had that key line, the rest fell into place. Then we became briefly obsessed with trying to create a Backstreet Boys-style harmony which became the chorus that you hear.’

88/89 have a clear vision today. The Upcoming EP is called harder. It’s a descent into madness as we go deeper as artists. The EP plays out like a film with a beginning, a middle and an end. This song is the second track on the EP and is the tipping point for the beholder, just before the paranoia sets in.

88/89 was formed out of two guys – Jack (born in ‘88) and Michael (born in ‘89) – and their combined inescapable urge to create. The team writes, creates, records, and produces all of their own material from a small house in West London. Their music carves out a space between synth-pop and psychedelic rock, creating a sonic landscape with no boundaries.

The duo met when they both were trying to start again creatively – Jack, after leaving Sissy and the Blisters, and Michael, after leaving his acting career behind. The two of them grew closer after Jack played some of his music to Michael in a car, from there they became aware of their complimentary tastes and realised the yin and yang this would bring to their music. While their unique sound is redolent of bands like MGMT, Vampire Weekend, Tame Impala, The Cure, and The Temper Trap, 88/89 also pull influence from artists such as Lou Reed, My Bloody Valentine, Simply Red, and Primal Scream.