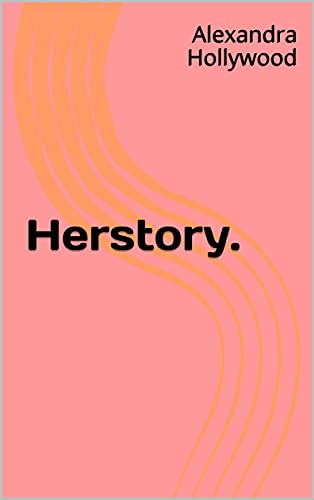 Hollywood’s autobiography went international within the first 30 minutes of its released. It has already been brought in Paris, Nigeria, India, Bangkok, Boston, North Carolina, Maryland, Washington, DC, and all over. Herstory is almost sold out.

The title Herstory is to pay homage to all the brutality of women that has occurred through centuries, including Slavery, Women’s Suffrage, Internment Camps, and more. Investigative Journalist, Smith traveled the world virtually from her college dorm from ages 21-22 tackling serious world issues. Some of these world issues include the Former President Ronald Reagan scandal with putting drugs in the lower-income communities, mafia lifestyle, drugs, gangs, children in war zones, mass incarceration in the black culture, Americans currently being enslaved, and much more.

This worldwide journalist is respected in three of the major entertainment industries in the world: Hollywood, Nollywood, and Bollywood. There are compilations of stories about her life as an investigative journalist in the entertainment industry and about personal stories from childhood to present life. Her personal subject of these stories is living a mafia lifestyle. Also, about growing up with interactions that include real drug lords, queen pins and kingpins, drug addicts, serial killers, sex workers, Bloods & Crips, robbers, and much more.

Currently, Smith still interviews, however, it is more internationally. She resides in Washington, DC as a mental health advocate and board member for a nonprofit organization named The Amy Jacques Garvey Institute, which is also located in the Nation’s Capitol. This nonprofit is an organization geared to empower the youth and implement social justice. She became the first, black, creole descent, and youngest advisory board member in Washington, DC.

Currently, Smith is interested in politics and will always have a love for entertainment. She is a radio personality with radio veteran Jacques Cartier, who was a mentor under French fashion icon Jean-Paul Gaultier.

Smith developed a serious case of anxiety due to the inhumane treatment in her college dorms at Suny Purchase located in Westchester, New York

“They told the whole staff the interviews were voices in my head and I was talking to myself. While texting my 1st mentor Dr. Ilyasah Shabazz, I was been almost sexually assaulted, poisoned, robbed, framed, beat, and a lot more.”

“I have a serious case of anxiety from being a journalist.”

“I was born with both types of ADHD.”

“I never took a journalist course.”