On Wednesday (May 6), the rapper and girlfriend Milan Harris welcomed a baby boy. Taking to Twitter, Meek revealed that his son was born on his 33rd birthday.Meek confirmed that Harris was pregnant and expecting their first child in February in the midst of a heated Twitter feud with his ex Nicki Minaj. In December, Harris, who owns the fashion label Milano Di Rouge, revealed that she was expecting her first child, sharing photos of her growing baby bump.

“Milano dropped me off a king on my birthday!” he said before adding the hashtag “#thebestgift.” 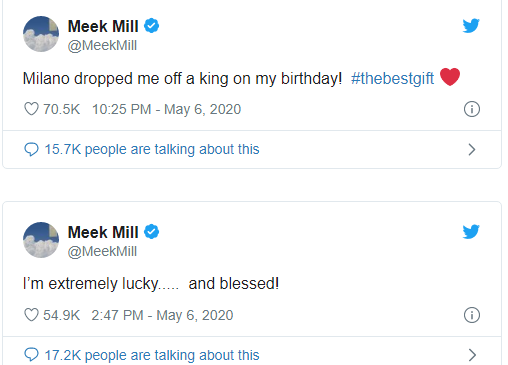