Sarkodie is undoubtedly Ghana’s biggest music export, since his emergence in the music scene ten(10) years, he has relentlessly not failed to consistently put Ghana on the world map, winning most international awards including the BETs . In view of this, BET international proudly congratulates their award winner and Ghana’s finest rapper, Sarkodie in their most recent post. The internationally acclaimed entertainment giants took to their social media handles, to express how proud they are of Sarkodie for winning the biggest award at this year’s VGMA night, the Artist of the decade honour.

Following Sarkodie’s win at the 2012 BET awards as the best international act-Africa and his subsequent nomination in the same category at the 2014 edition, the organizers evidently are very excited and proud that the accolade didn’t become a tool of complacency, but rather paved way for soaring greater heights and staying consistent and very relevant in the music world. Sarkodie during the 20th edition got declared winner of the biggest honour for the night, beating stiff competition from Samini, Stonebwoy and Shatta Wale. 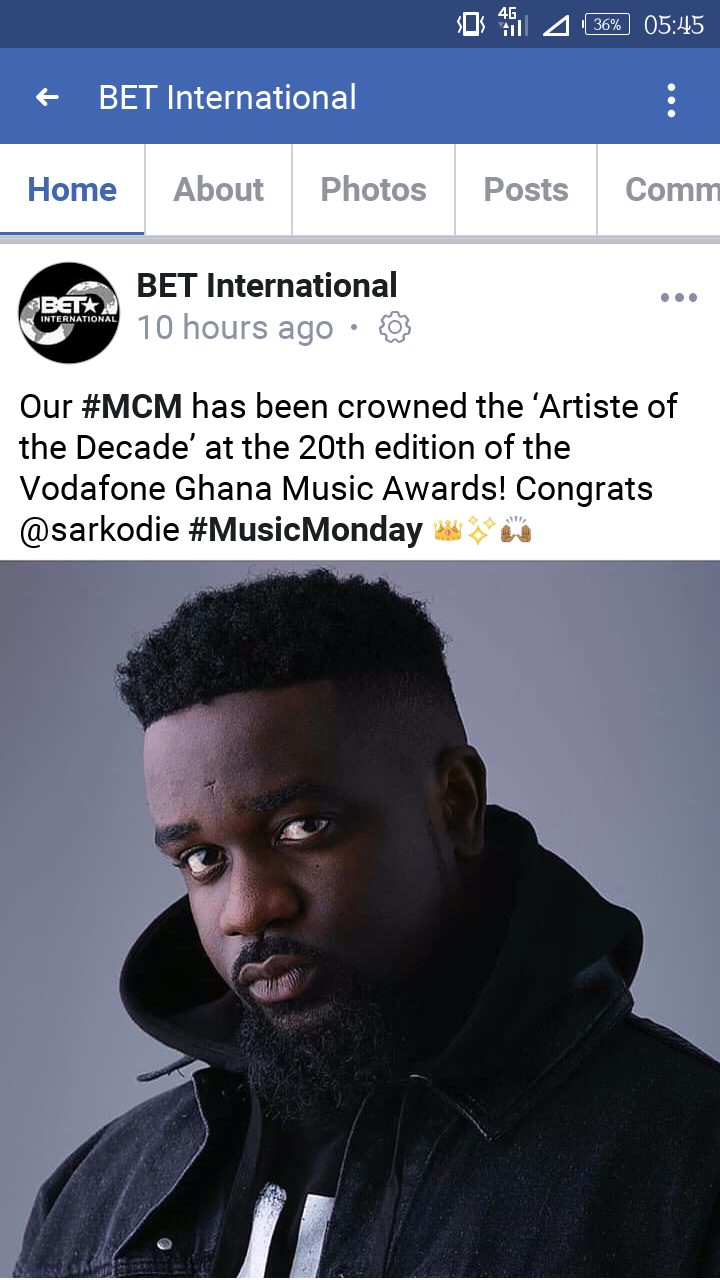