Touted as Ghana’s biggest music night, the Vodafone Ghana music awards(VGMA) is undoubtedly the most prestigious music awards event in Ghana. Since it’s inception in 1999, it has grown into an internationally acclaimed music awards stage, where the crème de la crème in Ghana’s music industry battle it out to flaunt their superiority and prominence in the Ghanaian music scene, as well as a plushest red carpet for top celebrity slayers.

As the VGMA marks it’s 20 anniversary this year, this year’s edition promises to be a very remarkable history in the making. This year’s edition is slated for today, Giovani Caleb and Sika Osei will be steering affairs on the red carpet, the main event will be hosted by ace broadcaster, Kwami Sefa Kayi who emceed the awards from 1999 till 2007 consecutively, alongside Berla Mundi who is hosting it for the second consecutive time plus DJ Black.

Enlisted performers includes all the current biggest names from Ghana and the African diaspora, thus Ghana’s 4Ss Sarkodie, Samini, Shatta Wale and Stonebwoy, our 4Ks King Promise, Kwesi Arthur, Kidi and Kuami Eugene plus AmG Medikal, Amakye Dede, Tinny, Efya, Diana Hamilton and Adina. Also, from the diaspora are Cassper Nyovest from South Africa and Burma Bwoy from Nigeria. There are also rumours of a change in venues, from the AICC auditorium to a dome right opposite it for tonight’s event. 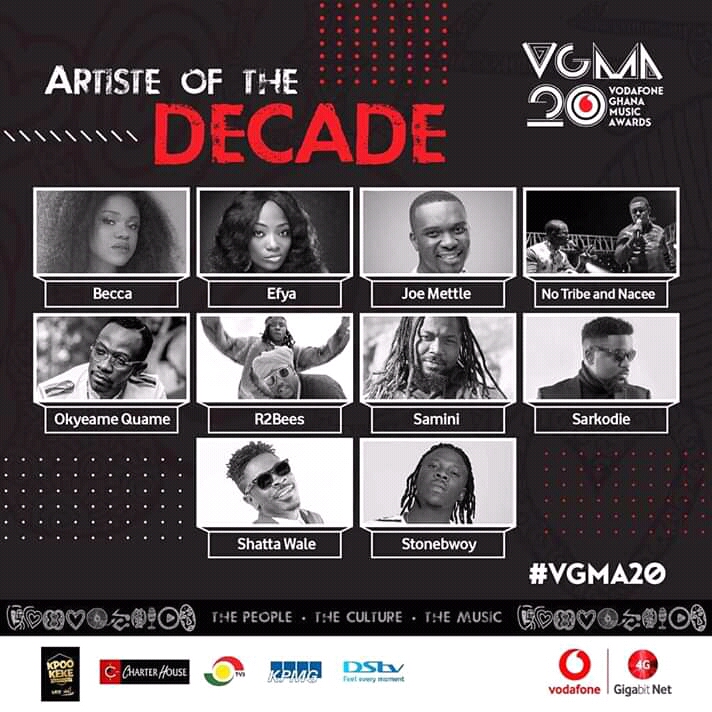 Let’s now take a look at the two most fiercely competed categories, Artist of the decade and Artist of the year. For Artist of the decade, only Sarkodie and Samini qualify the nod if we’re going strictly by the category definition, thus “…..Artiste adjudged by the Board as the Artiste(s) with the highest audience appeal and popularity over the last decade. The Artiste(s) must have released a hit single/album within the last 10 years”.

Sarkodie merits this award more than Samini because he’s done better than Samini since his first emergence at the VGMA in 2009, bagging 5 awards and winning a BET almost afterwards(being the first Ghanaian to win a BET award) in 2012.

Moreover, Sarkodie currently has to his credit arguably Ghana’s biggest song of all time, ‘Adonai’ which won the Song of the Year at the 2015 VGMA and currently has over 64 million views on YouTube, rendering it as the most viewed Ghanaian music video ever on the audiovisual platform and the biggest single from Ghana within the last decade.

On the other hand, stiff competitor Shatta Wale rather merits the Artist of the for his dominance in the year under contention, having released his ‘reign’ album which got enlisted in the billboard top ten albums, within the same year. Now check out our list of projected winners:

Artist of the decade – Sarkodie

Artiste of the Year – Shatta Wale

Gospel Song of the Year: Diana Hamilton – Mo Ne Yo

Hip hop song of the year: Medikal – How Much Remix feat Sarkodie, Omar SterlingGospel Artiste of the Yea – Diana Hamilton

Reggae/Dancehall Artiste of the Year – Stonebwy

Songwriter of the Year – Akwaboah – Hye Me No

Record of the Year – Stonebwoy – Tomorrow

Male Vocalist of the Year – Akwaboah

Female Vocalist of the Year – Adina

Group of the Year – R2Bees

Rapper of the Year – Sarkodie

African Artiste of the Year – Davido

Producer of the Year – MOG Beats

Instrumentalist of the Year – Enoch Owuraku 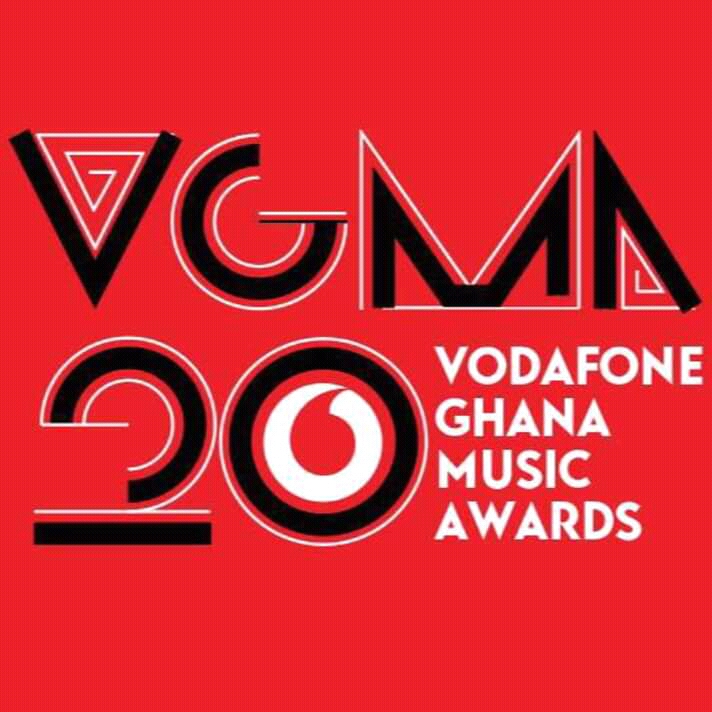